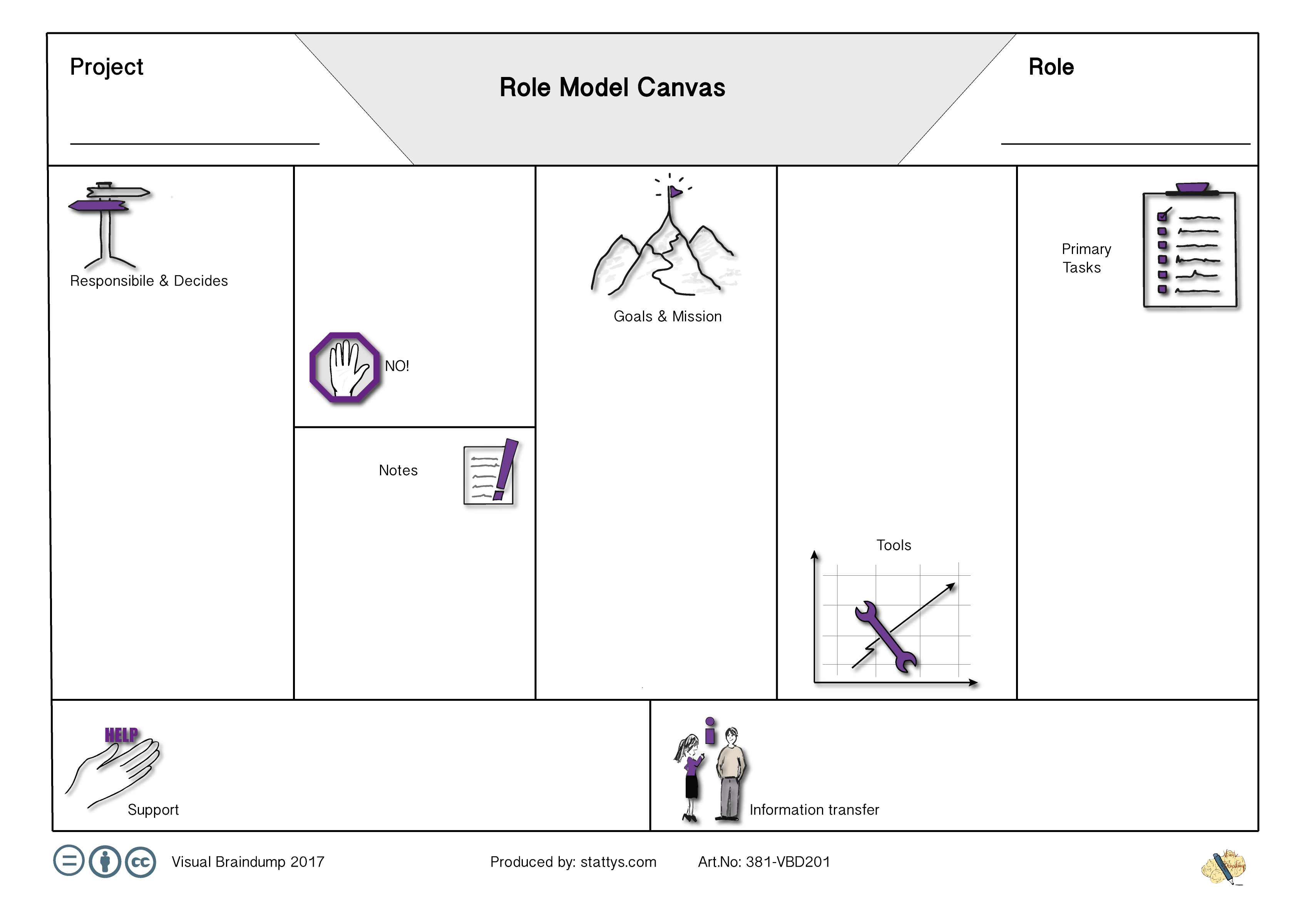 After receiving a lot of positive response for the German post: Role Canvas oder das RACI-Rätsel? we decided to produce an English version of the canvas. Together with our partner Stattys we offer you to order a printed version  of the A0 canvas version in their shop (German version is also available).

For all of you who are not familiar with the tool we provide a short overview about intention and usage.

How to use it?

The handling of tool is simple. Simply put the large-size canvas poster on a wall and equip yourself with pens and Stattys to arrange your thoughts. Then stick the notes to the related building block.

The meaning of the building blocks:

Responsible & Decides: Which topics is the role responsible for? What decisions does the role make.
No: These are not the role owners tasks!
Goals & Mission: What is purpose of this role?
Notes: All information related to the role, but not covered by any other building block
Tools: Communication Tools, working utensils
Primary Tasks : Which key activities which are related to the role
Support: Who should the role support and by whom should the role get support during his activities
Information transfer: With which should the role share its knowledge and which other role should inform the target role

A canvas should be filled out for each role.

The Role Model Canvas is a A0 poster with a clear structure, containing the essential aspects of role definition. The role model canvas can be used for Role definition at the beginning of a project

Role clarification (e.g. between the boss and the employee in an unequal view of the role)
Role presentation (e.g. for stakeholders)
Visual and more powerful alternative for RACI Matrix 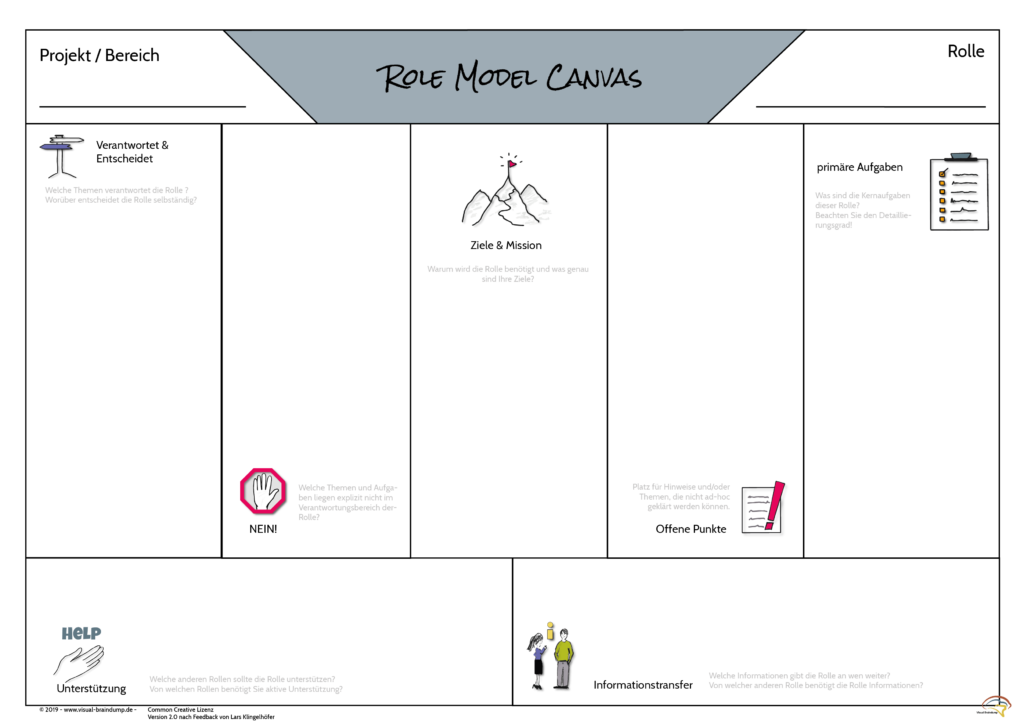 If you have any ideas how to combine to role model canvas with other tools, or in case of any improvements feel free to contact us.

This site uses Akismet to reduce spam. Learn how your comment data is processed.